<Back to News
First Trimester in the Fab STEAM Lab

This trimester, 1st graders learned about the structure and function of plants and how mimicking plant structures can help humans. They designed a better type of umbrella by mimicking how a tree blows in the wind. They also made observations of how plants are like their parents but not exactly alike. They weighed, counted and made observations of different pumpkins. 1st graders also worked on making a device that can carry sound from one location to another. Using PVC pipes, they made a device that reached from one end of the Lab and into the other room. With just a whisper they could communicate with each other. They also learned that vibration makes sound. They had fun making their own harmonicas. 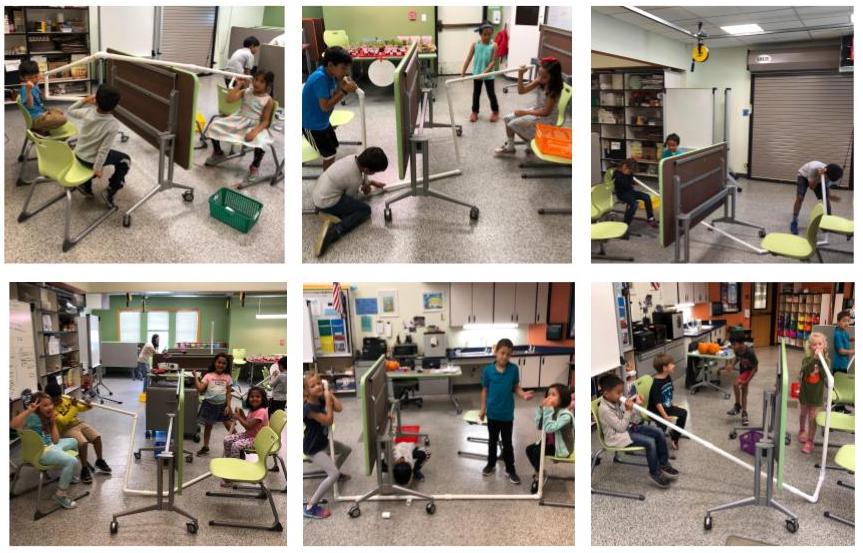 This trimester, 2nd graders learned about different animal habitats. They learned how to recognize frog calls, sort animals into groups, make bird feeders to meet the needs of different types of birds, and design and build a habitat for a new creature that changes color when exposed to sunlight.

This trimester, 3rd grade has been learning how traits of plants and animals can be impacted by the environment. One way they have explored this process is by building a hydroponic garden in the lab. They have learned that plants can grow without soil, but there are many other factors at play. They have learned about adding nutrients to the water, providing the right type and amount of light, and researched which plants will grow best. Even though they will be moving on from this project, they will help monitor and makes changes to the hydroponic garden, as needed, throughout the year. 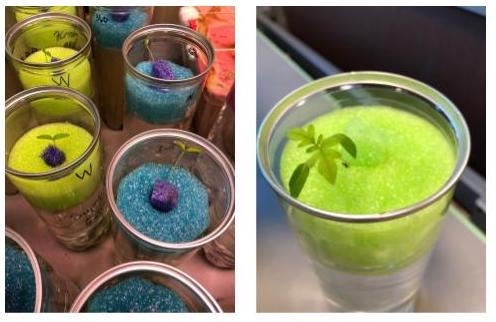 This trimester, 4th graders have been learning about energy. They learned that energy can not be created or destroyed. It can be transferred. They shot different sized marbles from different distances to see how far the marbles would travel. They also built basic closed circuits to see how electrical energy can be transferred from a battery and/or solar panel to a light bulb, motor, and/or buzzer.

This trimester, 5th grade learned how to make slides of plant cells and stomata and viewed them under a microscope. They also built a closed ecosystem using 2 litter bottles. The bottom layer has two gold fish, an aquatic plant and a water snail, in some. The top layer has soil, grass, and decomposers. 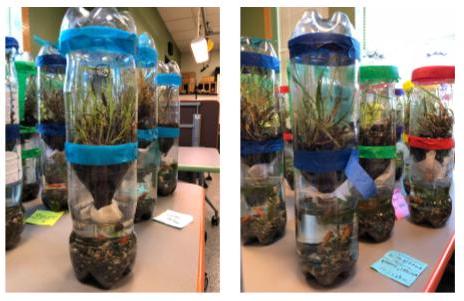 This trimester, 6th grade has been learning about gravity. They learned how the gravitational pull of the moon and sun affect tides, how objects of different mass, when dropped at the same time, will land at the same time, and how and why astronauts experience weightlessness in space. They also calculated how much they would weigh on the moon, the sun and other planets.