<Back to News
Third Trimester in the Fab STEAM Lab

This trimester, Kindergarten was busy at work in the STEAM Lab. They put their engineering skills to the test by designing a playground out of Knex blocks. They also tested and raced Hot Wheels to learn about gravity and friction. They stopped by the garden to check on Pumpkin Jack. Jack is not a pumpkin anymore! They also designed a structure to help protect a popsicle from melting. 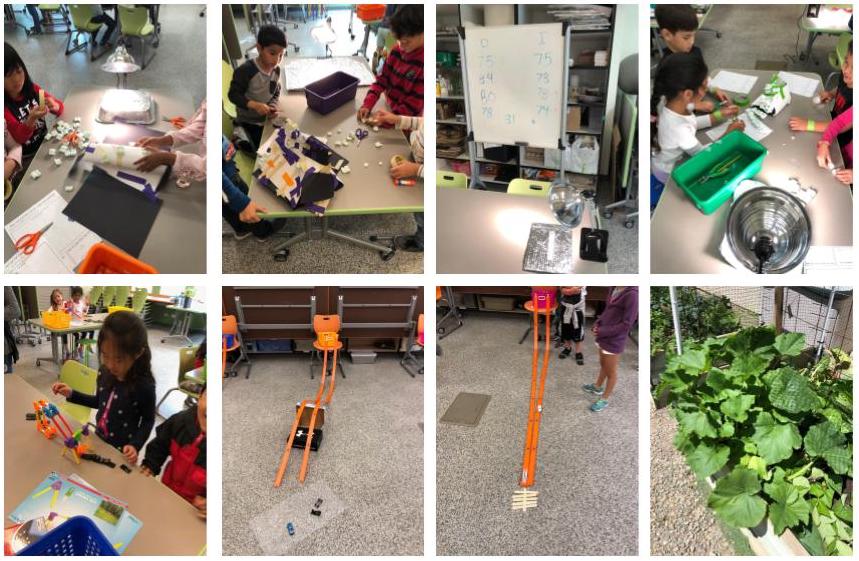 This trimester, 1st grade was hard at work in the STEAM Lab. They learned how different materials keep an egg warm in the spring time. They also built their own birds nest. They learned about Biomimicry (Finding solutions to human challenges by copying nature). They also used color coding to tell Ozobot to travel to the end of their written name and back. Last, they completed the engineering and design process, by studying and designing the best bubble wand ever. The best wand chosen from each class was printed on the 3D printers. Each student got to take home a 3D printed Bubble Wand.

In the STEAM Lab this trimester, 2nd graders worked on a unit about plants. Using their knowledge from the school garden, they applied it to hydroponic gardening. They engineered a plant maze for their bean plants to follow the light and when the plants were not doing so well, the students designed a light catcher to catch the light and direct it into the box maze. They tested the light using light sensors from Sam Labs. 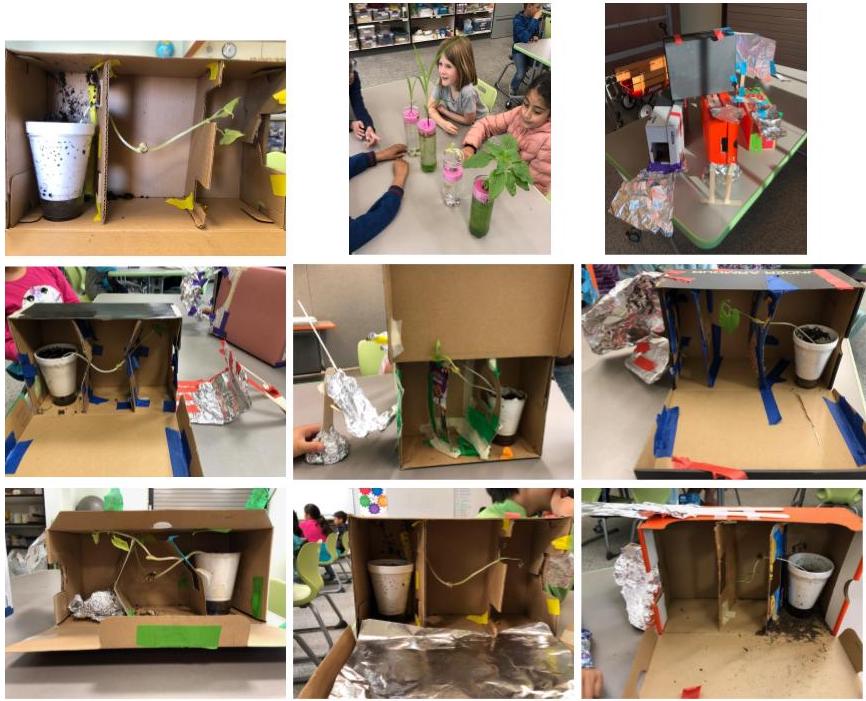 In the STEAM Lab, this trimester, 3rd graders used Sam Labs to help learn about friction, traction, speed and force. They applied all of this knowledge to learn about and design the wheel structure of the Mars Rover. Using drag and drop coding, they built and directed a remote control car to maneuver through an obstacle course that mimics Mars.

In the STEAM Lab, this trimester, 4th graders also used Sam Labs to learn about and design the wheel structure of the Mars Rover. Using drag and drop coding, they built and directed a remote control car to maneuver through an obstacle course that mimics Mars. They also used Sam Labs to demonstrate the effects of weathering on the geosphere. 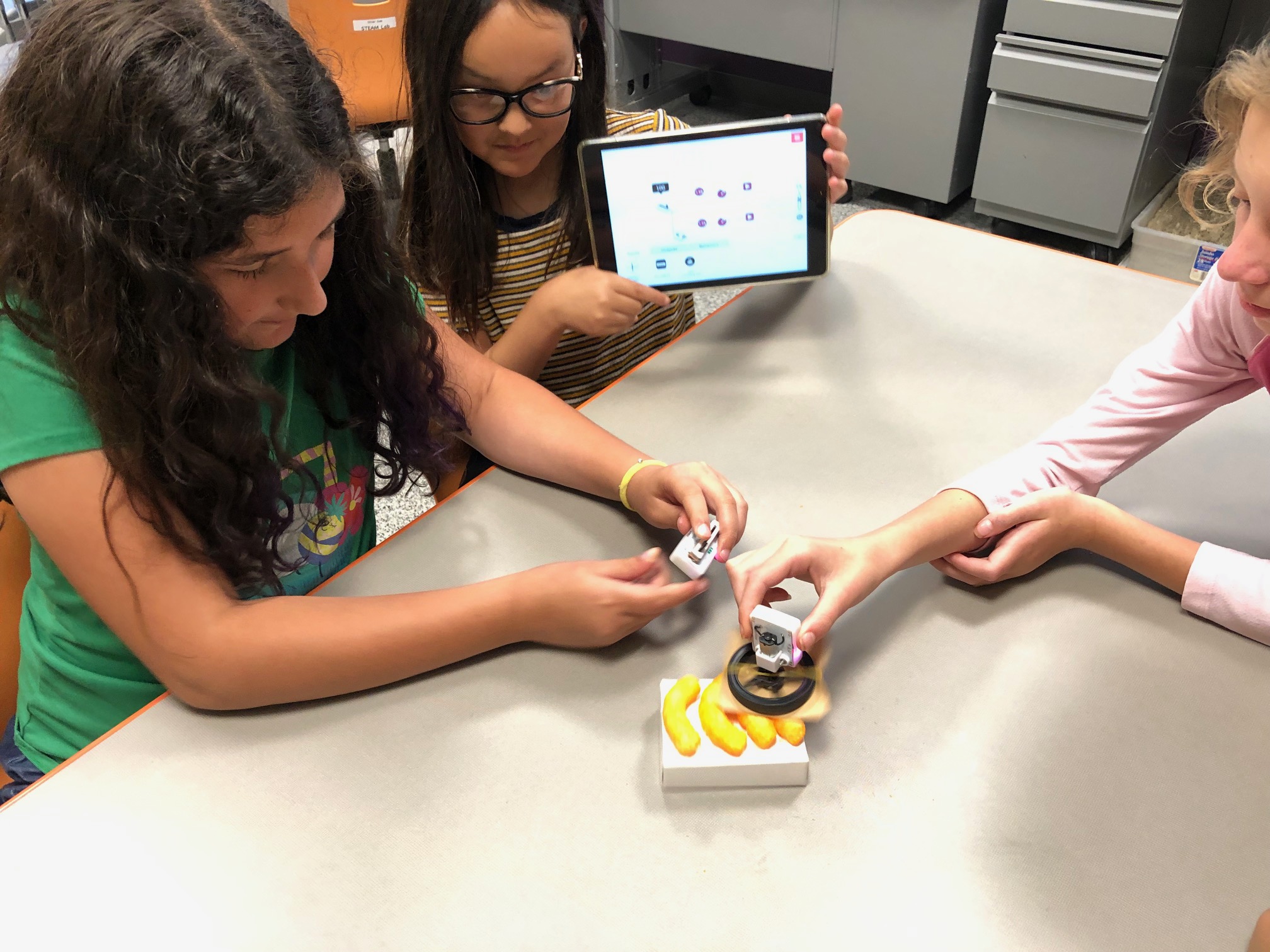 5th grade used their time in the STEAM Lab, to apply what they learned about matter in the classroom to be actual alchemists. They tested acids and bases, mixed chemicals to make new substances and got to make liquids change color and fizz.

6th graders used their lab time to learn about the weather and coding. Using Ozobots, the students learned basic block coding to make Ozobot dance, change colors and even move in unison with other Ozobots. 6th graders also conducted several experiments to see how the geosphere, hydrosphere and atmosphere play a role in the weather and climate change. They learned that soil heats up rapidly and cools down quickly, where as water heats up and cools down in a more consistent manner.